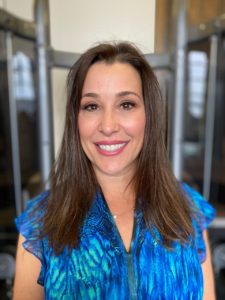 Leslie Baudry has served as Baudry Therapy Center/BRIO’s Chief Operating Officer since 2008. A graduate of Louisiana State University, Baudry earned her Bachelor of Interior Design in 1992. After working in the design field for over 16 years, she decided to join her husband in his venture to open Baudry Therapy Center in 2008 and BRIO in 2012. She recently graduated from the prestigious Goldman Sacs 10,000 Small Business Program in 2015.

Baudry is a New Orleans native who resides in Metairie with her husband and three children. She is an avid tennis player who plays competitively in the local tennis circuit.